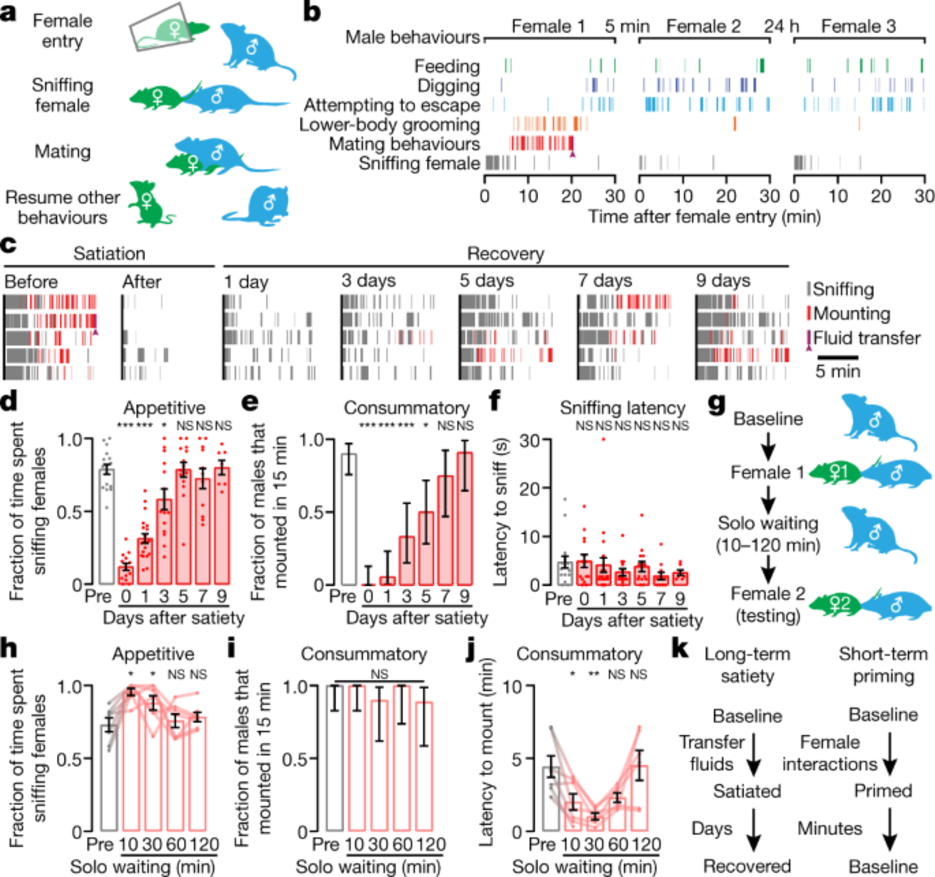 Transient neuromodulation can have long-lasting effects on neural circuits and motivational states1,2,3,4. Here we examine the dopaminergic mechanisms that underlie mating drive and its persistence in male mice. Brief investigation of females primes a male’s interest to mate for tens of minutes, whereas a single successful mating triggers satiety that gradually recovers over days5. We found that both processes are controlled by specialized anteroventral and preoptic periventricular (AVPV/PVpo) dopamine neurons in the hypothalamus. During the investigation of females, dopamine is transiently released in the medial preoptic area (MPOA)—an area that is critical for mating behaviours. Optogenetic stimulation of AVPV/PVpo dopamine axons in the MPOA recapitulates the priming effect of exposure to a female. Using optical and molecular methods for tracking and manipulating intracellular signalling, we show that this priming effect emerges from the accumulation of mating-related dopamine signals in the MPOA through the accrual of cyclic adenosine monophosphate levels and protein kinase A activity. Dopamine transients in the MPOA are abolished after a successful mating, which is likely to ensure abstinence. Consistent with this idea, the inhibition of AVPV/PVpo dopamine neurons selectively demotivates mating, whereas stimulating these neurons restores the motivation to mate after sexual satiety. We therefore conclude that the accumulation or suppression of signals from specialized dopamine neurons regulates mating behaviours across minutes and days.