Unification of treatments and Interventions for Tinnitus patients

Although genetic causes of tinnitus have been neglected for decades, recent findings of genetic analysis in specific subgroups (gender and phenotype) have highlighted that bilateral tinnitus in men reached a heritability of 0.68. This heritability is close to autism, schizophrenia and Attention Deficit Hyperactive Disorder (ADHD). There is no current consensus on tinnitus treatment. UNITI’s overall aim is to deliver a predictive computational model based on existing and longitudinal data attempting to address the question which treatment approach is optimal for a specific patient based on specific parameters. Clinical, epidemiological, medical, genetic and audiological data, including signals reflecting ear-brain communication, will be analysed from existing databases. Predictive factors for different patient groups will be extracted and their prognostic relevance will be tested in a randomized controlled trial (RCT) in which different groups of patients will undergo a combination of therapies targeting the auditory and central nervous systems. 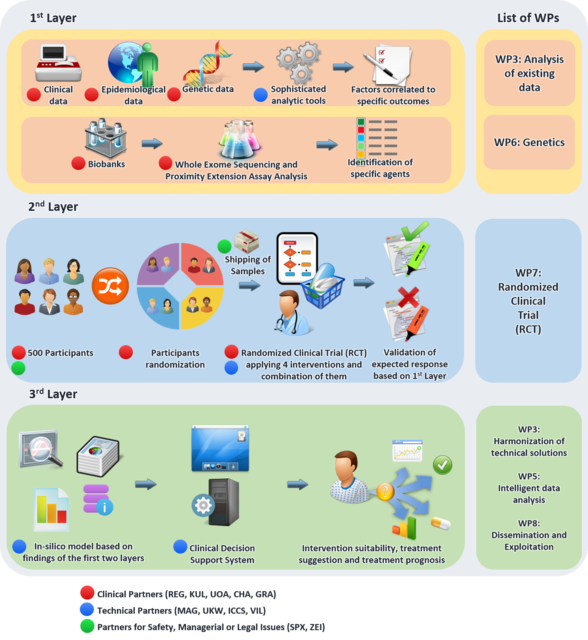